We would like to acknowledge that the land on which we gather is the traditional territory of the Sinixt, the Ktunaxa, and the Syilx peoples, and is home to the Métis and many diverse Indigenous persons. We honour their connection to the land and rivers and respect the importance of the environment to our strength as a community.

Nelson was an important part of the area’s Gold and Silver Rush, and was officially named in 1888. Today, it is a top tourist destination known for its restored downtown heritage buildings. (And outdoors things too.)

In recent years there have been projects to digitize old newspapers, and the Digitization Centre at the University of British Columbia has been focusing on local newspapers to this province! Notably, check out this blog article about the Nelson Daily News!

Microfilm (in-library use only)

Shawn Lamb Archives– The archives holds an extensive collection of original sources including: City Directories (1901-) Obituary Files, People Files, High School Yearbooks, and property/housing information. Some of these can be accessed for free in-person, or an electronic copy can be emailed for a nominal fee. See website for details, including how to make an appointment.

Chamber of Mines of Eastern British Columbia – located close to the NDCC building on Hall Street, has an extensive library related to, you guessed it, mines. 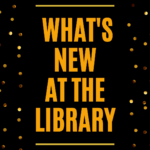 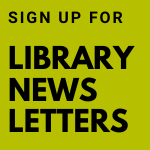